New Member Education (NME) is the process in which you are educated about the society that you may wish to join. To be eligible for NME, a student must be in good standing with Heidelberg University and have full-time class status to participate.

New Member Education program takes place in both fall and spring and it usually runs up to two weeks long. The programs will begin in late October or early November (Fall) and/or late January or early February (Spring).

All students in good standing may participate in NME.  NME is a time for you to really get to know everything about the Greek group you wish to be a part of.  It also allows you to learn about brotherhood/sisterhood, leadership, service and networking. 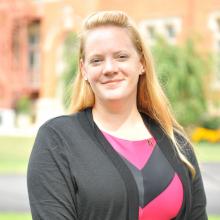